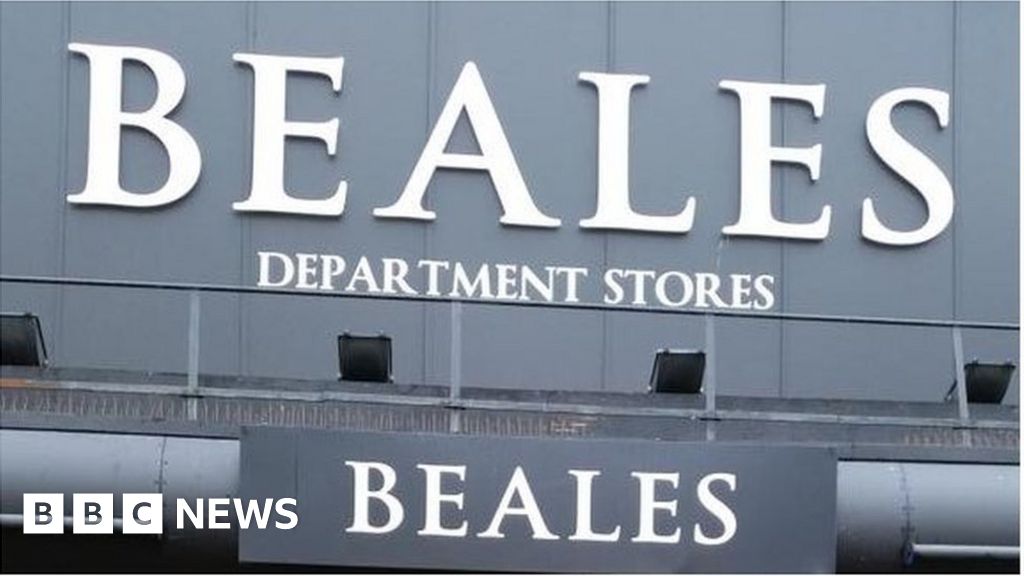 One of Britain’s oldest department stores has warned that it could collapse into administration.

Beales, which began trading in Bournemouth in 1881, said 22 stores and 1,000 jobs were at stake if it cannot find a buyer.

The firm is negotiating with its landlords to try and agree rent reductions.

It is also in talks with two potential buyers – a rival retailer and a venture capital investor, the BBC understands.

Chief Executive Tony Brown led a management buyout of the firm in 2018.

Now Beales, with its 22 stores up and down the country, confirmed that it may have to call in administrators.

Beales has been around for almost 140 years, but poorer than expected trading over Christmas threatens its survival.

Even if its immediate future can be assured, store closures aren’t being ruled out, with a risk to jobs.

Beales has stores in the following towns and cities:

It comes after UK retail sales fell for the first time in a quarter of a century last year.

Sales in November and December fell by 0.9%, according to industry body the British Retail Consortium (BRC).

John Lewis has warned that its staff bonus may be in doubt as it reported Christmas sales at its department stores were down 2% for stores open at least a year.

Last week, fashion chain Superdry warned that its profits could be wiped out after sales fell sharply over Christmas.

The firm, which has been trying to sell more clothes at full price, said it had been hit by “unprecedented levels of promotional activity” by rivals.

A raft of collapses in 2019 including Jessops, card chain Clintons, Bonmarche and Karen Millen depressed rents and hit landlords.

Some companies are prospering, however.

Next lifted its profit forecast after better than expected sales over Christmas trading period. The company’s full-price sales rose by 5.2%.

And big companies are using the tough environment to experiment.

Ikea will open its first small-format store in the UK, following the acquisition of a shopping centre in London.

Parents ‘under greater pressure to work at night’
Scroll to top